I had the chance to be involved in the conception of the seasonal visual concept for the two biggest theatres in Fribourg, Switzerland. The old-school engraved Shakespear’s portrait associated with the pink bubble gum gives a very funny and absurd feeling.

The 2017-2018 season was under the sign of: “As you like it” play by William Shakespeare. A quirky visual, a re-interpretation of an engraving of William Shakespeare. Considered one of the greatest poets, playwrights, and writers, Shakespeare continues to influence performing artists to this day. Close collaboration with Equilibre-Nuithonie for all communication between the two theatres.

I had a blast every year seeking inspiration, experimenting with some very creative visuals and then adapting the visuals to different promotional support like posters, the seasonal program’s book, advertisements and so on. 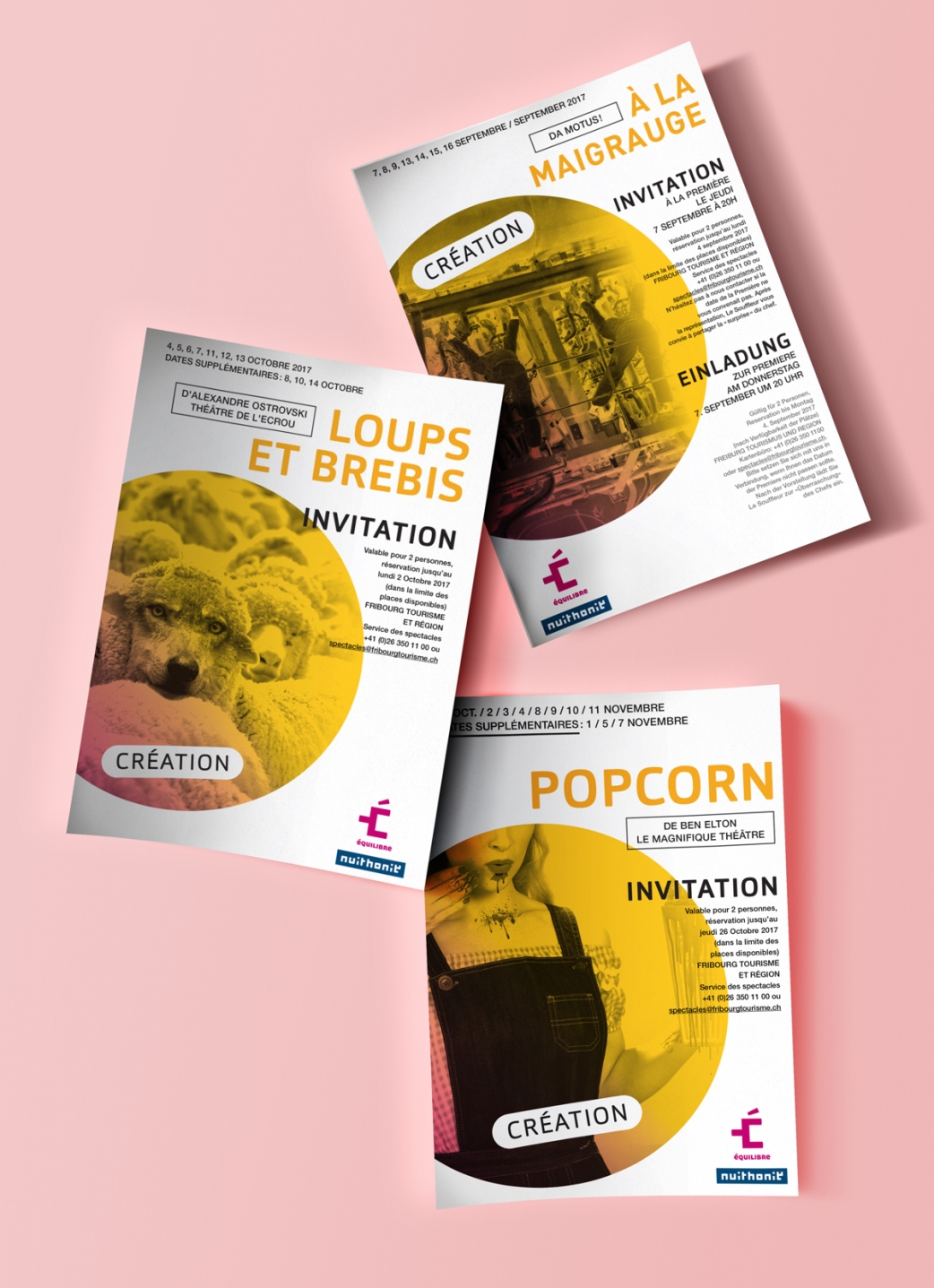 The theatres asked me to design one of their performance’s visual. The plot is about a police investigation in a shabby hotel. It is an intimate thriller in a cinematic universe inspired by the pictorial work of Edward Hopper. This piece echoing our society, where loneliness seems to be a new form of misery. 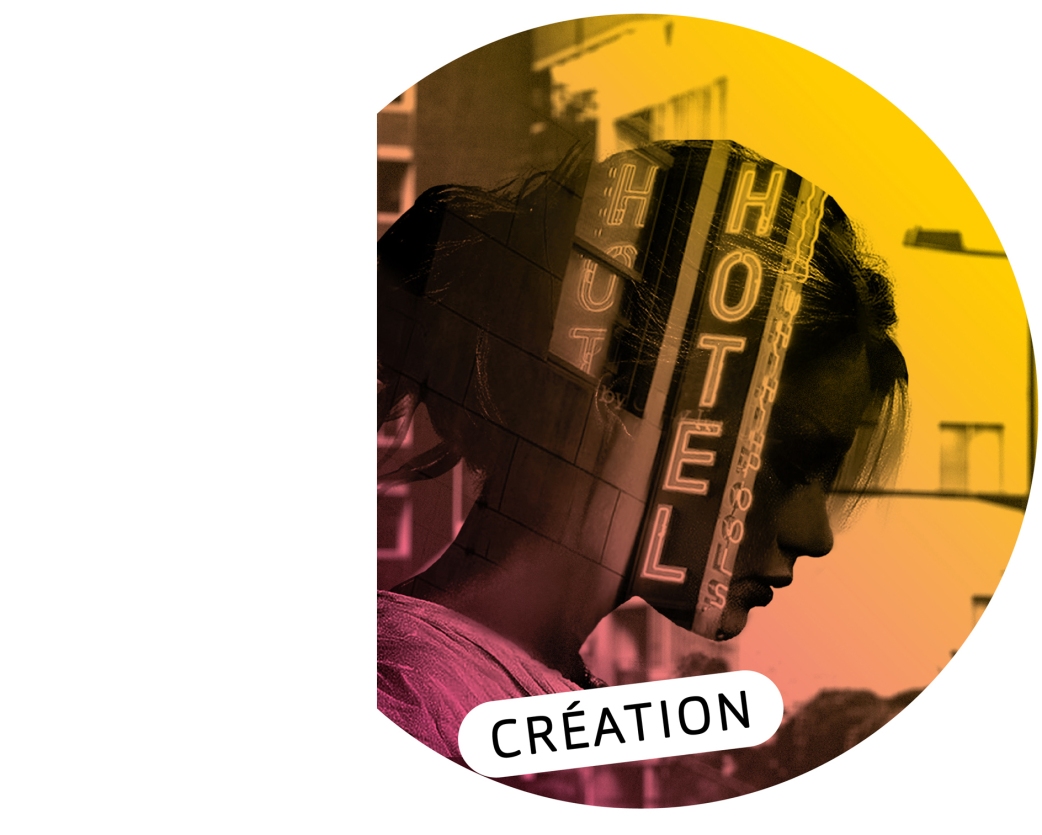